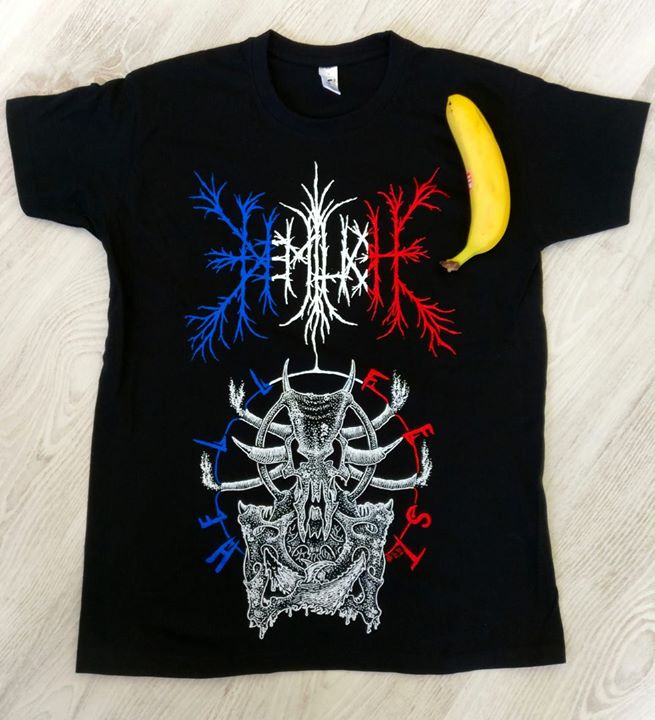 I have a bunch of special Demilich shirts that were on sale at Hellfest, France. I’d like to sell them for cheap, but I also want to respect the original buyers. So, I’m looking for your greatest idea for customizing the shirts _easily_ so that they can never be forged to look like the ones that were sold at the event.

Any idea ­– including cutting, permanent coloring, adding text, sewing grannies on top of them – is welcome! The best one will be used, and the person that suggested it first will get 1) the original, untouched shirt, and 2) the modified one, in any size he/she wants them!

The currently winning idea, gluing a fair trade banana on the top left side of the shirt, is already taken.

And before you ask about it, yes, we will 1) print the Nespithe shirts, 2) have special ones for the Euro tour, 3) get more patches, 4) create new music, and 5) . Well, maybe not the number 5. You know it’s not a good idea, as it’s illegal in most countries.

Yours,
Antti Boman, the Artistic Director of Demilich Clothing and Banana Gluing, Inc.