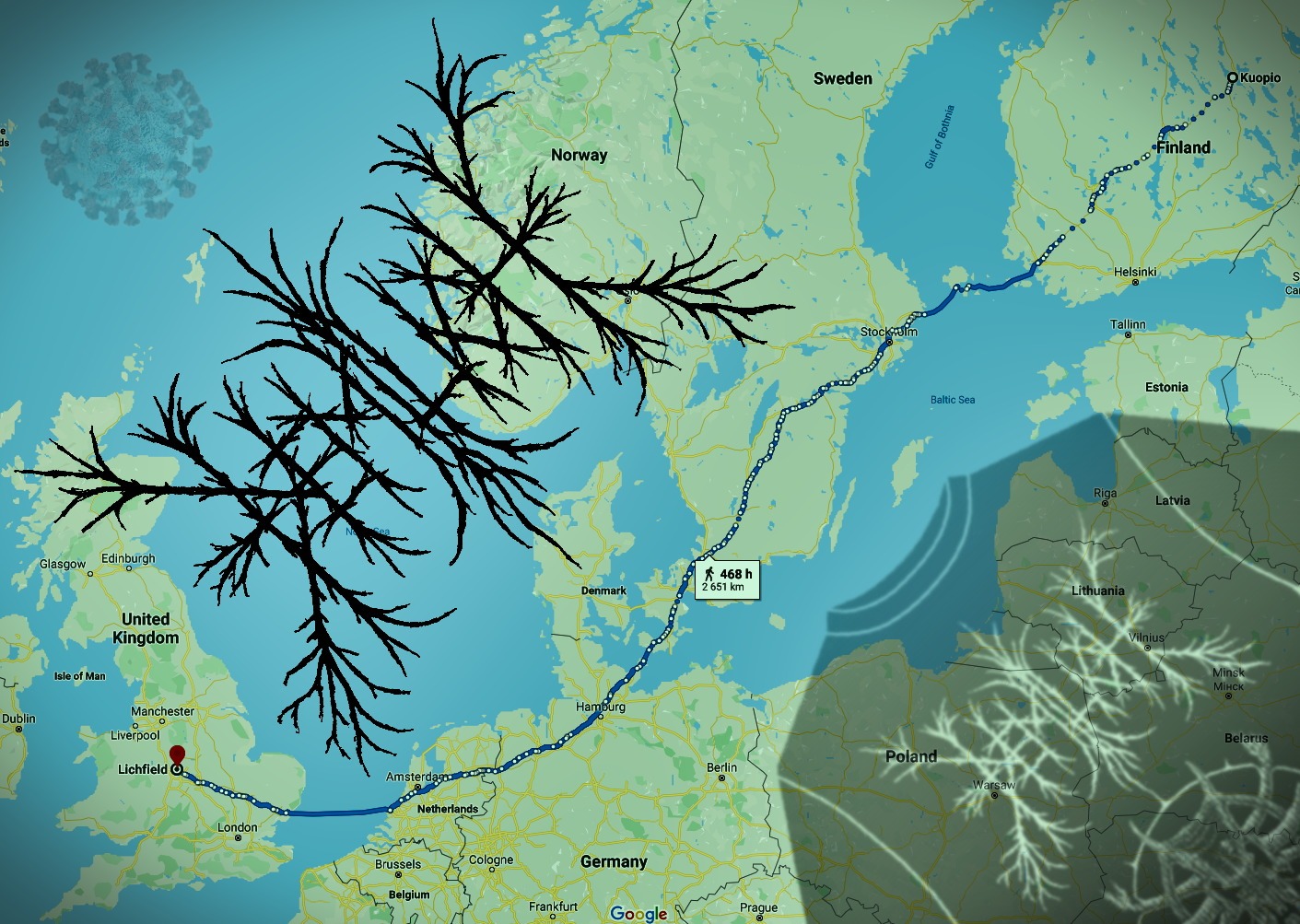 Well hello! It’s Nomat Ibant from Submarine Corps of Demilich, nice to throw a sterile air fist bump with you again! Via the Internet, of course. Even safer.

Antti went underground on March, after the disappointments with Mr Coward Nintee cancelling basically every plan he had for this year. Yesterday, he called me and mumbled something about being back online soon, with “a proper story about [his] feelings and this [bleeping] [bleep] called life.”

In the meantime, as I want to keep on being the very active Demilich PR manager that I have always been, I decided to let you know a tale on how postal services work in The Blessed Year Ov 2020.

An anonymous Demilich Shop customer from a town somewhere in Western ex-EU – let’s call him with a short pseudonym, “Lewis H. from Lichfield, UK” – ordered a beautiful shirt from the store. Size M, if it’s of importance to you. The shirt was sent immediately in Economy mail, and we were expecting a small delay due to the virus and economical nature of the shipment.

It took mere 118 days for him to get the package. That’s like almost four (4) months before the bloody item arrived at his home! Within Europe! I could have walked there in 19 days 12 hours! Meaning, I could have done the round trip three (3) times in those 118 days. Walking non-stop, of course, but I’ve been going to the gym last two years now, so definitely not a problem for me. Antti, on the other hand, would have stopped by the first bar for “just one IPA, no more”, and would have been back home in two days after drinking gallons of yummy beer and traveling a total distance of a kilometer or so.

The moral of the story: The next time you order from web in these weird times, please don’t be mad if the shipment doesn’t arrive immediately. Be understanding. Especially if it’s our web store. Fortunately (almost) all of our customers have been very compassionate and lovable!

And yes, that’s really the name of the place. Lichfield. I so wanna move there to rock’n’roll. “Lewis H. from Lichfield, UK” also wanted to share this fact with us: “Interestingly enough its said that 300 christians were martyred in Lichfield and that Lichfield actually means field of the dead.”

P.S. Alias “Michael D from Burnaby, BC, Canada” got his colorful shirts in 111 michaelbubléous days

P.P.S. “Jamie P from Manchester, UK” (name changed) received his three orders in 98, 92 and and 58 days, all packages arriving the same united/citified day.