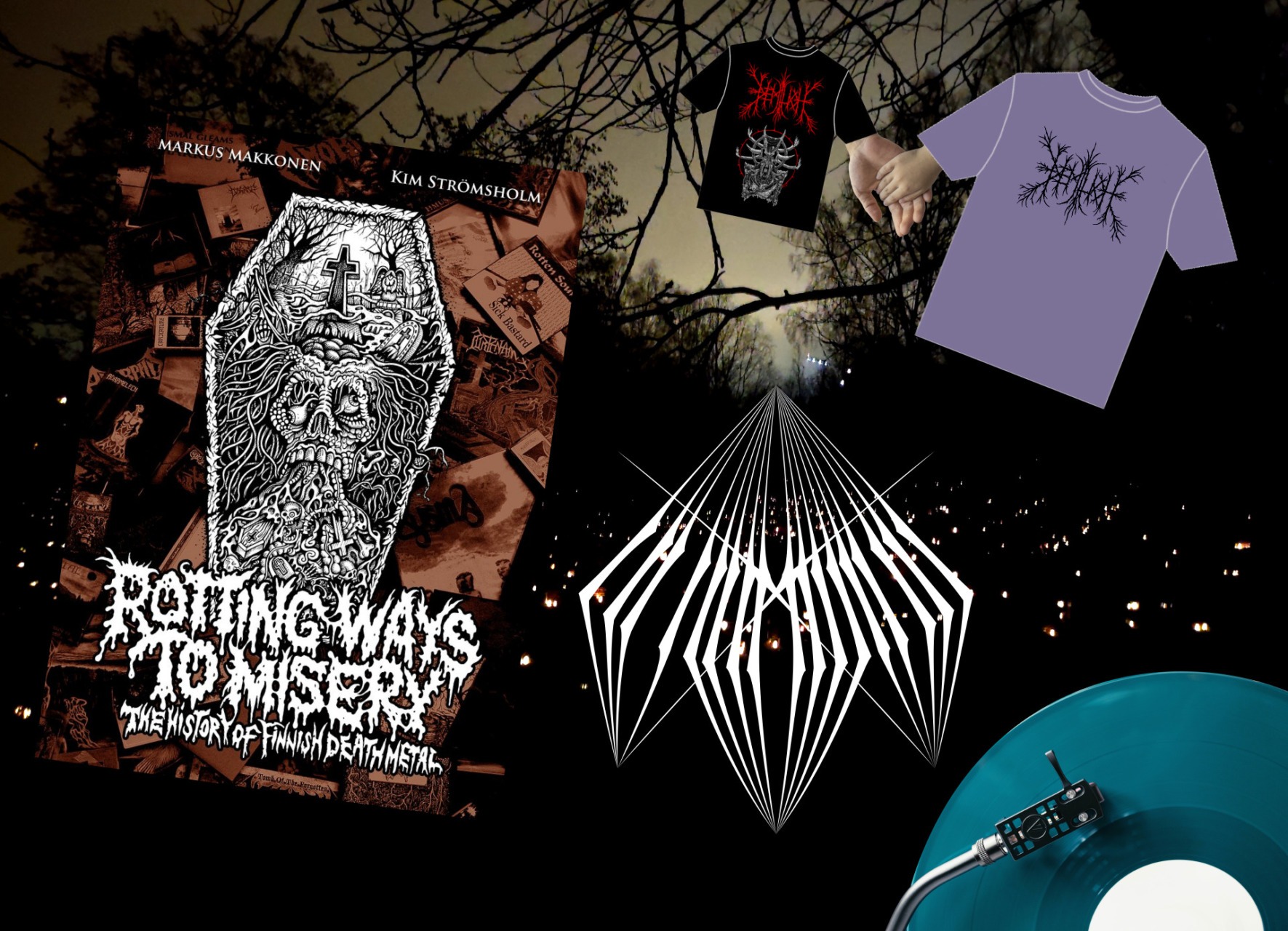 THE FIRST PART OF THE UPDATE

– For everyone, including Jan Dobaczewski –

It’s Nomat Ibant of Demilich Clothing And Postponing New Music Dept, nice to practice some docking with you guys here on the Internet! For you, lovely ladies, I just bow as if I was a gentleman.

Antti has continued composing new material with a surprisingly fast and logarithmically accelerating pace, and the guys have been rehearsing biweekly after “The Total Meltdown Of Mr Boman’s Mind During The Earlier Parts Of 2020 (Still Recovering…)”. Over three quarters (3/4) of the material required for the release is practically ready!

The release? That will finally be revealed in “Rotting Ways to Misery – The History of Finnish Death Metal” book, out on next Monday (30th November), available here for pre-ordering mania:

Both links include special bundles!

THE SECOND PART OF THE UPDATE

– For everyone else but Jan Dobaczewski –

Svart Records will release Nespithe on BLUE VINYL by the end of February! Blue as the sky and our collective mood due to this damned year. Order it here now or crush in anxiety, biatch:

Please excuse my language. I was just too enthusiastic there.

The mighty Pull The Plug Patches is also putting out another official Nespithe patch, this time as an oversized version that will barely fit on your upper back or left butt cheek:

You hadn’t noticed your right buttock is substantially smaller? Don’t worry, I’m totally into that kind of freakishness!

Finally, our own Demilich Shop has restocks of strangely and traditionally colored logo T-shirts and The Classic Adversary tee, also in XS and 3-4-5XL! No new designs now, but oh boy, you should see what we have planned for The Grand Opening. It will happen when Mr Nintee, The Almighty Virus, lets us ship to at least the most important countries in the world. Why do we get shipments from Australia in less than a week, but haven’t been able to send anything there since March? I assume SARS-CoV-2 doesn’t spread from East to West. Have you guys down under thought of sending them the other way around then?

That’s all for now. If you know any editors at New Atlas, please tell them we will sue their asses for stealing an upcoming Demilich song name and using it as a title for their article: https://newatlas.com/arsenic-breathing-microbes-ocean/59549/

Nomat Ibant, Patient Minus One

Disclaimer: The background photo of the attached (professionally designed) image is for illustrative purposes only. It has no connection whatsoever to this update. The images floating on top of it are of serious relevance, though.